For the dragon boat community, January just doesn’t mark the end of the holiday season. For the most competitive club teams, hard core training commences in preparation for what is probably the biggest dragon boat event in the Philippines: The Boracay International Dragon Boat Festival (BIDBF), held every April. This event draws the biggest crowd from all over the world as paddlers bake all day under the peak summer sun to race (then party) in the island’s crystal clear waters.

Seasoned Filipino paddlers (and more than a few international ones) know that dragon boaters from Boracay Island are among the world’s most formidable. Starting this week (at sporadic intervals, as blog writer Mrs. Dragonboat.Ph is due to give birth to a future women’s team paddler next month), we’ll be featuring the island’s homegrown teams, just to give you an idea of who the toughest competition will be.

Thanks to Trudy Allen for the following write-up!

The Boracay Dragonflies is one of the newest teams on the island. formed in January 2013. The team is made up of ladies who either live or work on the island of Boracay. 90% of the team have paddled before for other teams on the island, or elsewhere in the Philippines. Most of our team are Filipinas but other members come from all around the world. We came together after realising a shared passion for the sport, a drive to win and a commitment to the level of training required to compete at a top level. We are a competitive team when training and racing, but away from this we make sure that we have fun together too, as anyone who visits our Facebook page will see.

In our first year at the 7th Boracay International Dragon Boat Festival, we took first place in every race we competed in. At the BIDBF, some of the Dragonflies also paddle in a mixed team with the Boracay Sea Dragons, and with some of the Boracay Bumshells as the Boracay Divas (women over 40 years). 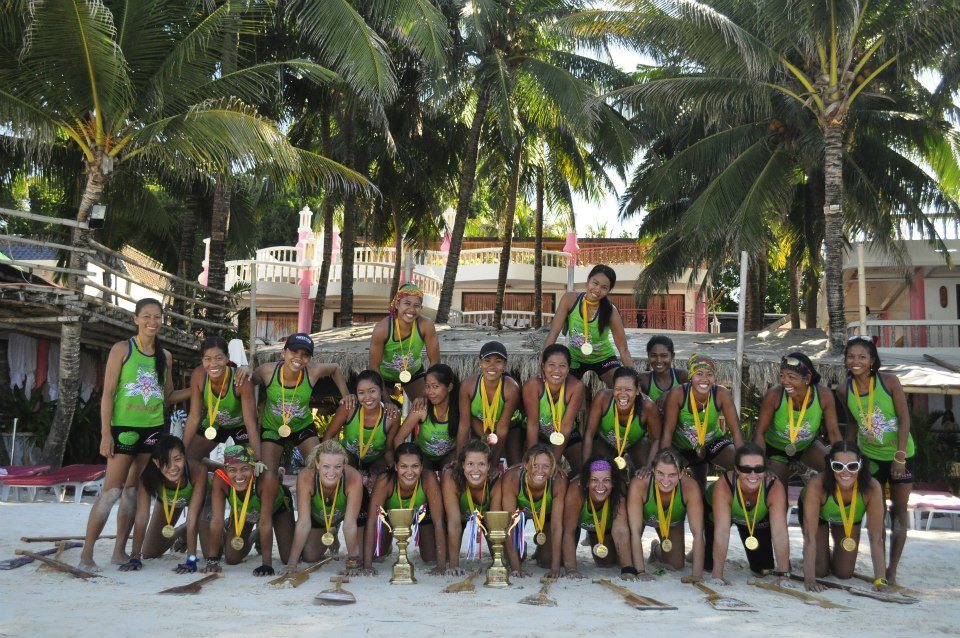 One of the greatest side effects of joining the Dragonflies is the deep friendships and bonds that are formed. Many of us continue to meet up outside of training and have stayed in touch with those who left the island to return home, for study or work. The team has a real range of personalities and characters, but everyone contains their individualism the minute they’re in the boat to enable the team to come together as one. We are all competitive by nature and we aim to win.

We also think that we have a super cute team uniform! 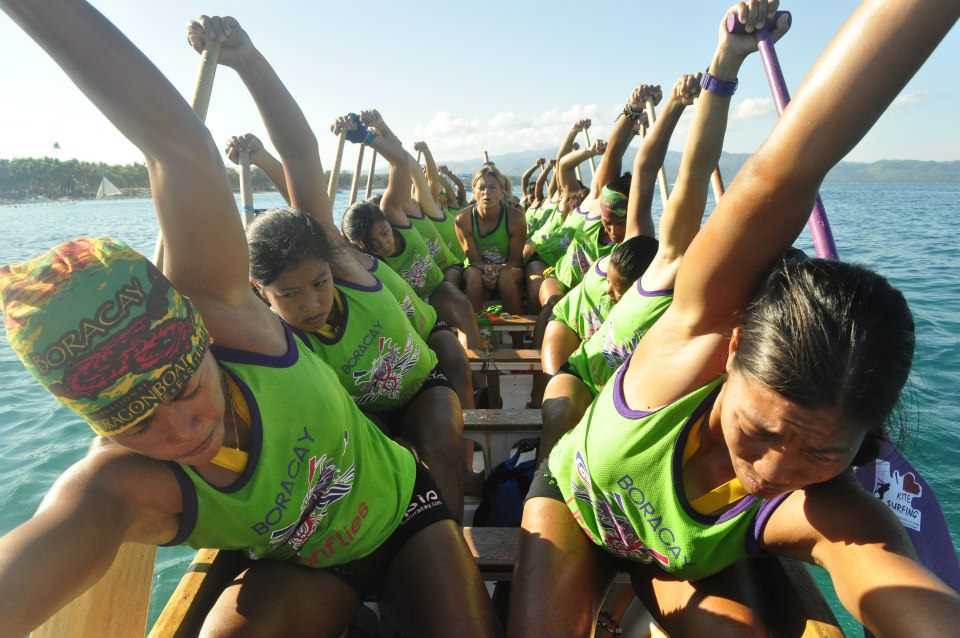 Our membership is open to anyone who wants to join us, in exchange for two things: a commitment to the team and to the training programme. Anyone who is interested in joining can send us a message on Facebook and one of the team will respond and arrange to meet up.

From January, interested ladies will also find us Monday-Friday at 6.15am, ready to start training on White Beach Boracay. We meet in front of the Boracay Beach Resort/Café del Mar where the training boats are kept.